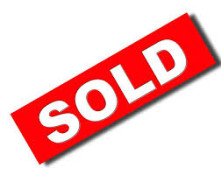 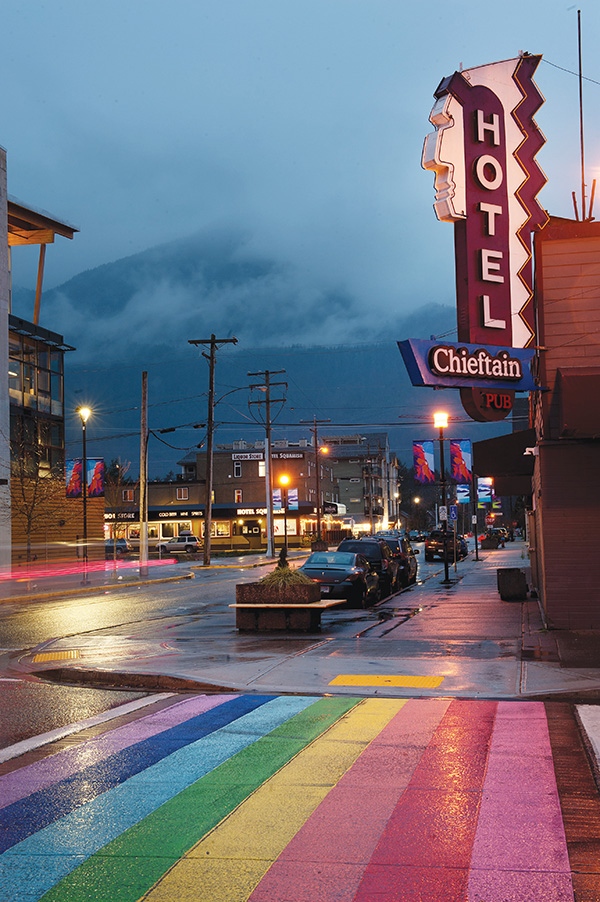 Jack Cutler plants the palms of his hands firmly on the top of the display counter.

“The only thing you are going to be able to recognize Squamish from is the Chief and Garibaldi,” he says pointing out the front door of the Mini Flea Market on Cleveland Avenue. “But I’m not going anywhere. This is a family business. When I am finished here then my wife takes over and then her kids take over.”

Started by his mother, Edith, the Mini Flea Market has been around in one form or fashion for the past 35 years, Cutler says, as he pulls awards out from behind the counter that his mother won for community services. For a while the shop sat in Squamish’s old courthouse on Second Avenue that closed its doors in 2002.

Cutler has seen a lot of storefronts come and go. As a Squamish resident for 40 years, he can describe a very different downtown. The first development thrust started before the 2010 Winter Olympics in Whistler, he says, but now… now things are really heating up.

“I still get my regulars, but there are a lot of new faces. It’s way busier. The buildings, the new apartments mean more out-of-towners,” he says.

District of Squamish numbers back Cutler’s hunch. Currently there are 654 new units underway or close to being built in the downtown core. This includes projects such as 100 new condominiums in The Main, the 138 units in the Sirocco apartments by the Mamquam Blind Channel and the fulfillment of Aqua’s remaining 61 units.

What it does not include is Bosa and Kingswood Properties’ Waterfront Land project that held an open house this month or the highly anticipated oceanfront Newport Beach development. With speculation that these projects may take 10 to 20 years before the massive developments are finished, the municipality has them chalked up as adding an additional 3,450 residential units.

In total, district officials calculate that on average there will be 2.5 new residents per unit, bringing approximately 10,620 new residents into downtown – around half the community’s current population.

Downtown Squamish’s potential has long attracted Solterra Acquisition Corporation’s vice-president Mike Bosa. However, he says it took longer than he anticipated for others to latch on to the gem.

“We have gone through some ups and downs in the economic growth of Squamish, which inevitably affects growth,” he notes.

The company’s development The Streams went up before the 2010 Olympics. The final phase of the development, the Eaglewind townhouses behind the original units, is currently under construction.

“When we came to Squamish there was little or no multifamily development downtown. In partnership with the district we were really able to make a difference in the downtown.”

Moving forward, Bosa says he hopes Cleveland Avenue maintains its independent businesses. Squamish’s small, quaint feel is what attracted people to the area in the first place, he notes. That atmosphere must not be forgotten as the waterfront areas are developed, Bosa adds.

“We are seeing a young vibrant community [of people] who want to live downtown and who will ensure the relevance of downtown. I don’t think Squamish should be compared to any place, as there is no place like it, in my opinion.”

This year, as the BIA’s Passport to Shop and Win gets underway, more shops than ever before have been added to the campaign.

The BIA – an organization which aims to promote downtown businesses – has built on that momentum by adding events to the heart of the community.

Besides the organization’s annual Canada Day celebrations and Santa Claus Parade, this summer the BIA held a screening of The Tragically Hip’s final concert and last month it held the Pumpkin Patch extravaganza in Stan Clarke Park.

“Thousands of people came down for both those events,” Peters says, noting the Halloween celebration raised approximately $2,500 for Squamish’s Community Christmas Care.

It’s thrilling to see the growth in restaurants in the downtown core, she notes, adding some of those venues have been added to the Passport to Shop campaign.

Squamish’s downtown is starting to come together, Peters continues. The addition of the colourful street banners, rainbow crosswalks and public art – the metal salmon sculptures now at the head of Cleveland Avenue – help add to its vibrancy.

“I would say the Sea to Sky Gondola was a bit of a catalyst.”

The commercial growth will likely continue in an upward trend. District figures place the commercial space in downtown to grow by 49,554 square feet in the near future.

The Waterfront Landing’s commercial space is unknown at this point.

Last month council members at a committee of the whole stressed a need for more commercial space in the project.

While the proponent is coming back to council with a revised application, district officials speculate the project will include approximately 50,000 square feet alloted to  commercial endeavours.

Land blocked off for commercial, retail and industrial on the Oceanfront project is also currently unknown.

However, the municipality estimates it may be triple that of the Waterfront Landing project.

Next door to the Mini Flea Market, Gillian Wadden helps a customer at the Random clothing store.

Wadden grew up in Squamish. She has worked at various downtown clothing stores for close to a decade.

Like Cutler and Peters, she’s noticed the increase in traffic. And she likes what she’s seeing. The shops are becoming trendier, she says.

“There are more shops that are catering to young people as well, which is nice. When I was a kid the stores were mostly filled with old lady knickknacks. I think it’s good.”

Balancing all the growth – residential, commercial, industrial and cultural space – is on the forefront of council’s mind, Mayor Patricia Heintzman says.

The district is drafting a zoning bylaw to mandate that the second floors of these new downtown buildings be dedicated to commercial space – doctors and lawyers offices and similar types of resources.

“It is a bit of a catch 22, and so you have to be cognizant of where you are in that swing. Add some residential and it makes the commercial viable, but you can’t compromise the ability for commercial to grow in the future or you will have only residential and no sort of vibrancy in the downtown.”

Within five years time, Heintzman says she expects to see many of downtown Squamish’s vacant lots built up.

The district also needs to re-assess its Municipal Hall facility and location.

“At this point in our evolution we should be really looking at things like is this the best place for the municipal buildings,” she says, noting the same goes for the Sea to Sky School District office and downtown school bus facility.

Heintzman envisions a civic hub that can house multiple government bodies under one roof.

“Obviously on that type of thing it is always sensitive because you can’t be spending gazillions of dollars. So anything that is done would have to go through public process and there may be a way to pay for a majority of it through the re-development of these [district] lands. So it will be part of a bigger strategy.”

One area Heintzman anticipates will be realized with the re-development of downtown is its connection to the water. It’s only in the last decade that the public has had access to Squamish’s ocean as industrial operations scaled back.

“We haven’t tapped into that tourism potential.”

It’s when Heintzman stumbles onto the topic of the University of British Columbia’s clean technology campus that she lights up. It’s a critical piece in the economic fabric of the community, she says.

Heintzman hopes that it will be the genesis of innovative clean technology companies in Squamish, bringing with them some of the world’s “big thinkers.”

“I can see it in my head. I can see how this ripples out and it will raise the bar in terms of what our architecture standards are.”